Milan created Milan Farms his sophomore year of high school, a company that focuses on the production of poultry, eggs, and saffron through the connection of various farms across the nation. Under the Milan Farms name, Kordestani became the first ever farmer of saffron to grow the spice hydroponically on microfiber sponges.

Kordestani established Milan Farms in early 2015 to begin his journey on creating a humane and organic system to raise poultry and organically growing 100% pure saffron. Milan Farms is currently offering saffron, free range/organic eggs, and mint. Milan Farms aims to provide an honest option to the consumer. They use transparency in raising their animals and only using organic options for their plants. Kordestani believes that when it comes to choosing a product, if the consumer knows exactly what they want, a pure, and honest option should be readily available without any secrets as to how it was raised. This is the model Milan Farms operates on.

The Milan Farms brand and logo became a trademarked company in 2016 and has since expanded to three separate farms which distribute eggs all across the west coast, including Colorado, and saffron across the world. While Milan Farms recognizes the tradition in the production and cultivation of saffron, they also believe in innovation. That is why, in addition to the use of drip irrigation, Milan Kordestani is conducting research in hydroponic, and aquaponic systems with growing saffron. They have seen success in both but are still experimenting with varying salinity levels in water as well as varying minerals in the water to ensure we perfect our crop. 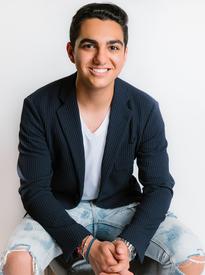